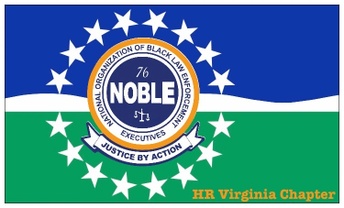 Dr. Joseph S. Johnson retired from the Virginia Department of Alcoholic Beverage Control as an Assistant Special Agent in Charge, with more than 40 years of dedicated law enforcement service that began in Washington, DC. Upon completion of undergraduate and specialized law enforcement courses, he earned a Master of Arts in Human Services from Lincoln University (PA), with a course concentration in action research, management principles and strategies for non-profit organizations and problem solving skills designed to improve the Nation’s social service delivery system. Dr. Johnson also attended and earned a Doctor of Ministry Degree, with a concentration in Organizational Leadership and Management from Norfolk Theological Seminary and College in Norfolk, Virginia.

Dr. Johnson’s professional affiliations include longstanding membership with the National Organization of Black Law Enforcement Executives (NOBLE), where he currently serves as NOBLE Region Two chaplain and previously as national treasurer and chaplain for the entire organization. He has also served as former special assistant to two NOBLE national presidents. His affiliations continue as founding charter member of the Hampton Roads Virginia Chapter of NOBLE, where he served for many years as chapter president and is the current chaplain and immediate past president of the organization. He is also a former member of the Minority Police Officer’s Association – Portsmouth (MPOAP), previously serving the organization as secretary and president. Dr. Johnson is also a former member of the Hampton Roads Fraternal Order of Police (FOB) Lodge 50, where he served as president and state director of the Virginia State FOP.

Dr. Johnson’s social and civic affiliations include charter member of the Alumni Association of Lincoln University Coastal VA Chapter, where he briefly served as president. He also served on the Y.H. Thomas Community Center’s Board of Directors as treasurer and is a former commissioner with the City of Chesapeake’s Parks and Recreation Advisory Board. He was vice chairman of the City of Hampton’s Neighborhood Commission and is a former member of the Board of Directors of the Hampton Roads Ecumenical Lodgings and Provisions (H.E.L.P) and the Sickle Cell Association of the Peninsula (SCAP). Dr. Johnson is also past president of the Hampton Roads Fraternal Order of Police Lodge and Portsmouth Minority Police Officers Association.